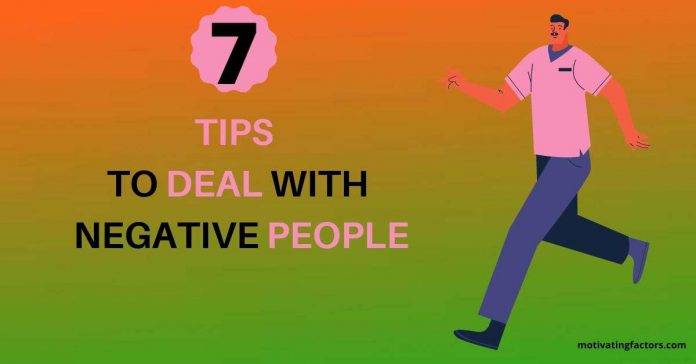 As much as we want to live in a perfect world without any negativity around us, there’s always one person, who prevents that from happening. Maybe it’s one of your colleagues, your classmates, or your neighbors, no matter how much you try to stay positive, they just don’t let you with their negative vibe. So, if you’ve been wondering how to deal with negative people, you’ve come to the right place.

Negative people are all around the world, let it be in the office, school, stores, buses, and pretty much everywhere you go. And they just love to bring others down. Sometimes, it seems like they enjoy doing that and they’re doing that on purpose.

There are some moments in everyone’s lives when no matter how much we want to avoid it, we just wind up having a confrontation with other people’s negativity. And although conflict is a natural part of our lives, it can take a huge toll on our daily lives by ruining some of our best days. 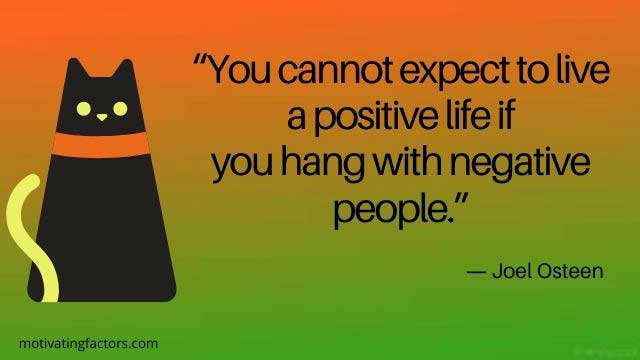 If you’re someone who has to face negative people on a daily basis, you might know how irritating it can be. Meanwhile, if you don’t protect yourself from these people, they might end up draining your time, energy, and ultimately your state of mind.

Consequently, that brings us to a question, which lots of people try to find an answer to: “How to deal with negative people?” So, how can you avoid falling into the trick of being put down and have your day ruined by negative people? Continue the article to find out.

Also Read: Wondering How to Overcome Your Fear of Loss? Read This

7 Tips to Deal with Negative People

I, myself was a victim of a negative person when I was in high school. There was this guy, and every time I used to see him, he’d say something negative about me like criticizing my outfit or my hairstyle.

So, I had to do something to cope with that guy. That’s why I started doing things that would protect me from the negativity of his likes, which I’m sure would help you too.

So, without making you wait further, here are 7 tips on how to deal with negative people and stay positive:

1. Avoid them if you can

The first and very important rule of dealing with negative people is not to deal with them at all. Meaning, if you know they always bring nothing but negativity to the table, just avoid them as much as you can. For instance, if your desk is close to theirs and it makes you uncomfortable, ask your superior to change your position to another part of the office. Don’t include them in your guest list if you’re hosting a party. And if you’re online, block them from every social media you’re connected to with them. 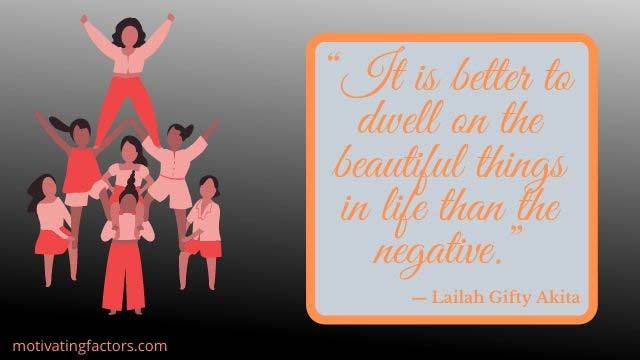 2. Stop cheering them up

One of the things I’ve seen most people doing to cope with negative people is trying to cheer them up. And personally speaking, that’s just humiliating and embarrassing to yourself. Why would you try to solve their problems, cheer them up, or impress them when they simply don’t respect you and always bring you down? If you want to know how to deal with negative people, then you’ve got to keep in mind that they’re not your responsibility. And most importantly, remind yourself that it’s not your job to make them happy.

3. Never be alone with them

I know I said try to avoid them as much as possible, but sometimes there are some circumstances when you don’t have that pleasure. For example, when you’re in an all-staff meeting, a party that you’re both invited to, or unluckily you just end up running into them. If there’s no chance of avoiding them, then at least try to surround yourself with their people. The reason for that is when you’re with a group of people, that negative person is unlikely to abuse or attack you. 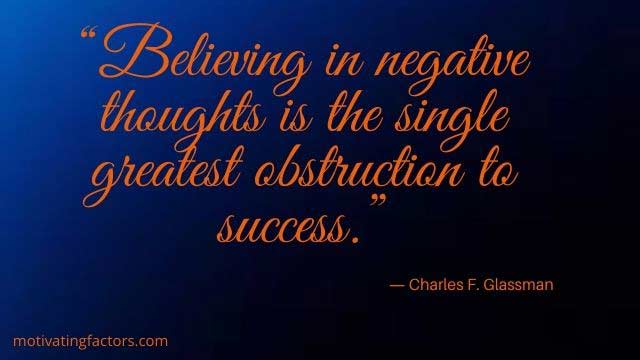 4. Pay them no attention

According to a study, negative people tend to attack people who are close to them and communicate with them frequently. It’s easy to lose your patience when you’re around negative people. However, when learning how to deal with negative people, it’s very crucial to not let yourself be angry or frustrated. Reacting angrily does nothing but increases their negativity. Therefore, when they try to allure you into responding furiously, just hear them out and pretend like they’re not there at all.

5. Agree with them even if they’re wrong

The most common trait that negative people carry is the negative expressions and emotions they use while talking. That being said, they express themselves with negative and emotionally charged words by cursing or venting. Moreover, negative people don’t like to be corrected or criticized. So, whenever you engage in a conversation with them, just act like whatever they’re saying is right and agree with them. As a result, this will help you in preventing possible conflicts with them.

Also Read: 10 Things You Can Control in Life: Here’s How

Whenever you’re having a conversation with a negative person, don’t bring up any serious or emotional topics. That’s because these kinds of topics might trigger their emotion and they might end up being intensely emotional. So, instead try to keep the conversation light and talk about things like weather, sports, music, or any topic to keep things from getting too heated. 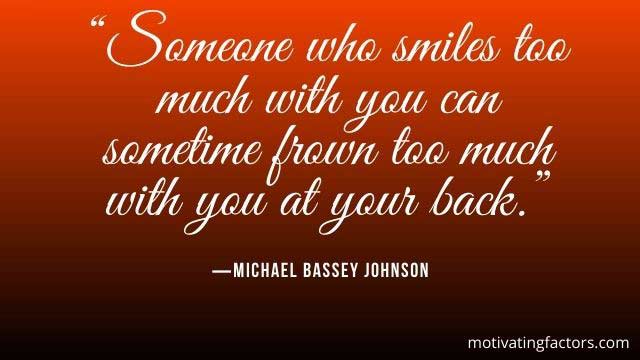 7. Be a positive influence

Before starting this point, let me clear out the two types of negative people in our lives. Firstly, there are people who carry a negative atmosphere around them and treat others negatively, too. On the contrary, some people don’t have negative vibes but negative thoughts and feelings but are nice to others. We’ve already discussed some techniques to deal with the former one. However, when it comes to dealing with the negative people whom we like and care about, you can try to be able to help them by being a positive influence in their life.

How to deal with negative people at work?

How to deal with negative comments?

Negative people tend to whine a lot, convinced that the whole world is against them. They are usually the victim of lousy weather, a difficult boss, bad luck, and their upbringing. They rarely step back to look at other factors – such as a lack of energy, creativity, or simply hard work.

How does a negative person affect you?

Research has shown that even a small amount of negative brain activity can lead to a weakened immune system, making you more prone to illness, and even lead to a heart attack or a stroke. Negative attitudes can also affect your intelligence and ability to think

What do you call someone who is always negative?

The word is pessimist, a person who expects the worst. Mr. X is a pessimist. It is often said that while optimists are happier, pessimists are more often correct. And optimists are said to live longer than pessimists, though a pessimist might say those extra few years are bound to be miserable.

10 Things You Should Stop Expecting From Others

7 Things You Should Do When Things Go Wrong

7 Keys to Success for Happy and Successful Life