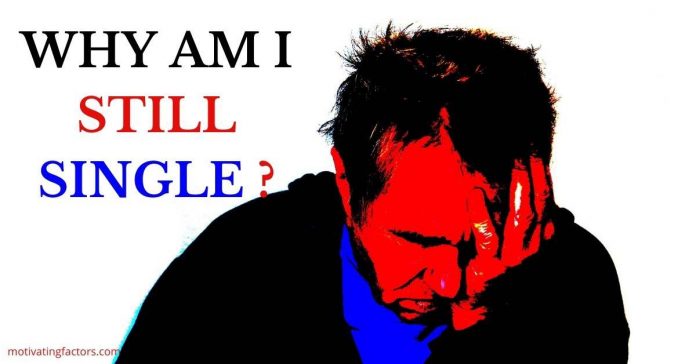 Lots of people mainly starting from their 30s find it hard to be in a relationship. Consequently, they end up asking this one question to themselves “Why am I still single?” So, what is the reason they’re still single at the highest point of their life?

I’ve found out that most of these people have tried almost everything there is to try in the dating world. For instance, swiping through dating apps, going to blind dates, and couple dates. As a result, they end up blaming everything but themselves.

So, why on earth are you still single? Maybe it’s not the people you’re going out with on a blind date, or the mechanism of the dating app that matches you with some weird people, the problem. Perhaps, you’re not doing things in a way that you’re supposed to, or there’s a loophole in your dating method.

Although lots of people have different reasons they’re still alone among all those people in a relationship, they all have common reasons they still haven’t found someone in their life yet.So, here are the 7 reasons why you’re probably still single:

This one is for all those introverts out there who are not out so much. I know this is not really good news for indoors people, but if you want to get out of the cave of singles, you need to go out and meet people (and believe me there are a lot of them)

Finding a relationship is pretty much similar to a hunt down a job. Likewise while finding a job, you need to go out, form a connection, leave your résumé, and wait for the result.

However, you can’t expect to get offers from your potential partner if you spend all your day sitting in front of your TV, can you? So, as a fellow introvert myself, I know it’s hard to get out of your comfort zone, but I can assure you, it’ll be worth your trouble of going out.

According to a recent poll of singles, when asked why they’re not willing to be in a relationship, the majority of them said because of their past dating experiences.

But I want to tell you that not all of the people will hurt you. You might have to go through some barriers, but eventually, you will find the person you’d spend the rest of your life with.

We all have our Mr. /Mrs. Perfect that we want to spend eternity with. But, here’s a spoiler for you, life’s not a fairy tale. This is one of the main reasons why most people are still single. Because they spend their whole life finding that perfect person.

Meanwhile, in the process of finding that ideal partner, most of the people don’t even realize that they’ve already met that person s/he could’ve been together with. So, be realistic and stop searching for the person who ticks all of your boxes for the perfect partner.

In today’s world, the weight of work overwhelms all of us. We’re so busy with our daily hectic schedule that we don’t even give time to ourselves. If you can’t afford to give some time to yourself, how can you imagine giving your time and attention to someone in a relationship?

I know it’s easy to say that, but your work is not your life. Life’s supposed to be fun and interesting, and if you’re not sharing some of your time with someone you love, then my friend, you’re not really living.

Also Read: Top 7 Key Steps of the Decision-Making Process That You Must Follow

I know we’ve been taught since our childhood to have high self-esteem. And, it’s very good to think that you have a great purpose. But, there’s a limit to how high you should think of yourself.

When you cross that line, you become highly judgmental of others and their ability. Therefore, that makes it almost impossible for you to be in a relationship.

As I mentioned earlier in the point before, you shouldn’t think too highly of yourself. However, that doesn’t mean you should regard yourself as a worthless thing, either. I’ve seen lots of people, who think of themselves so poorly that they end up assuming that something’s wrong with them.

By having low self-esteem, you might be pushing away good people with whom you could’ve been in a relationship.

A relationship is supposed to be a multiplayer game. Both individuals need to work (together) to get the relationship going. You can’t expect to enter a relationship without making any sacrifices.

When you transition from being alone to being in a relationship, lots of things in your life will change, undoubtedly. But, if you’re not willing to change yourself, your routine, or any aspects of yourself, that shows you as a person whose small things in his life are more important than the person you’re going to spend the rest of your life with. Change is a normal thing in life. So, adapt according to your current situation, make some sacrifices, and make the best out of it.

Also Read: Everything You Need to Know About Anger Management

It is never too late to find love. Love doesn’t have expiration like bananas and it doesn’t end at a significant other. Just be yourself, open to people and love will find you, but never usually when you expect it to.

Are some people meant to be single?

Some people simply know they want to stay single. They enjoy the freedom, and they don’t have any anxiety about missing out on being part of a couple. If you’re single, happy, and have no regrets, it was meant to be.

Typically, single people are happy. I’ve been scrutinizing the relevant studies for decades, and in everyone, the average happiness of single people is always squarely on the happy end of the scale. What’s more, when people marry, they usually do not become any happier than they were when they were single.

Most researchers, however, agree that single men tend to be especially lonely and that certain social norms governing masculinity may increase the risk of loneliness in men. Some early research on loneliness also suggests men may be less likely than women to admit to feelings of loneliness.

Is dating harder in your 30s?

Some aspects of dating in your 30s make the process harder such as a shrinking candidate pool. You can no longer meet potential partners at school and probably aren’t attending parties and social gatherings as often. That means some of the innocence and fun of dating may be lost

Is It Raining? Check Out Some Cool Things To Do On A Rainy Day